Judge Daniel (Dan) Martin was appointed to the bench in 2007, and is currently assigned to the civil division. Judge Martin received his master’s and law degrees from the University of Arizona, and served as the Managing Editor of the Arizona Law Review. Following his graduation, Judge Martin clerked for Justice James Moeller on the Arizona Supreme Court. In 1992 Judge Martin joined Brown & Bain (now Perkins Coie) as an associate. He left Brown & Bain in 1996 to join the firm of Bonn, Luscher, Padden & Wilkins, where he worked primarily in the area of complex commercial litigation. In 1999, Judge Martin joined the Arizona Office of Administrative Hearings, where he served as an Administrative Law Judge for approximately eight years until his appointment to the Superior Court. Judge Martin has served in the Court’s criminal, family and juvenile court divisions. 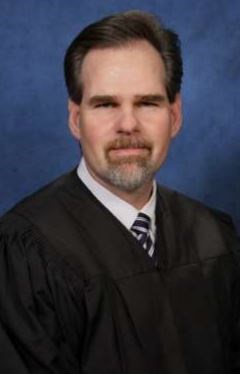