Judge Timothy J. Ryan was born and raised in Chandler, Arizona, where he still resides to this day. He received a B.A. with Honors, from the University of Arizona in 1984, and J.D. from the University of Arizona College of Law in 1987. He was an associate and later a partner in the firm of Begam Lewis Marks & Wolfe PA, where his practice involved extensive personal injury, trial and appellate practice in both state and federal courts. From 1996 to 1999, he served as a Deputy County Attorney of the Maricopa County Attorney's Office as a member of the Family Violence Bureau and the Homicide Bureau. From 1991 to 1995, he served as a Deputy Public Defender with the Office of the Maricopa Public Defender. Prior to that he had been in private practice as an associate to his friends Jim Martin and Glynn Gilcrease. Upon graduation from law school in 1987 he began working as an associate for his brother, Tom Ryan, and cousin, Conway Ryan.

Judge Ryan serves as Chair of the Bench Bar Relations Committee, a group whose goal is to promote improved understanding and professional conduct between members of the bench and bar. He has served on the Board of Housing for Mesa and Housing for Nevada, non-profit organizations that help working families overcome barriers in order to obtain affordable housing. He has been a guest lecturer for seminars presented to law enforcement officers, attorneys and judges, and participated in the presentation of several Arizona State Bar courses on professionalism. He has participated as a Board member and den leader for Boy Scout Pack 132. 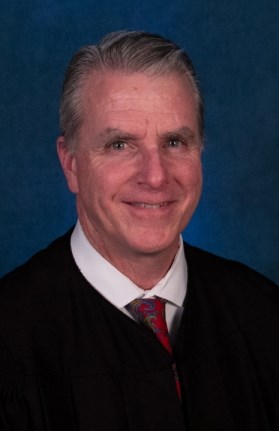