For nearly 20 years prior to his appointment to the bench, Judge Polk limited his practice of law to contested and uncontested matters relating to guardianships, conservatorships, decedents’ estates, the abuse or exploitation of vulnerable adults, and estate planning for modest estates.  In addition, he served as a mediator and arbitrator, as a guardian ad litem for minor children and incapacitated adults, and as judge pro tempore.  Between 1999 and 2011, Judge Polk was an Arizona Licensed Fiduciary and, as such, served as a personal representative or special administrator for several estates, as well as the special conservator for an attorney.

Judge Polk is a frequent speaker on probate and family law matters.  He is an editor of the forthcoming edition of the Arizona Probate Code Practice Manual, was a co-managing editor of the 2014 edition of that publication, an associate editor of the 2000 edition of that publication, and has been a regular contributor to the Judicial College of Arizona’s Probate Benchbook.  Throughout his career, Judge Polk has been involved in drafting legislation to improve Arizona’s probate laws.  In addition, Judge Polk served on the Arizona Supreme Court’s Probate Rules Committee, which drafted the first set of statewide probate rules of procedure, and the Arizona Supreme Court’s Committee on Improving Judicial Oversight and Processing of Probate Court Matters, which proposed significant reforms to Arizona’s probate laws and rules.  From December 2017 until December 2019, Judge Polk served on the Task Force on the Arizona Rules of Probate Procedure and chaired Workgroup 1 of that Task Force.  He continues to serve on the Task Force’s Editorial Workgroup, which is updating statewide mandatory probate forms.  From September 2018 until December 2019, Judge Polk was a member of the Steering Committee on Arizona Case Processing Standards and chaired the Probate Time Standards subcommittee.  Between 2014 and 2015, Judge Polk assisted in creating the Superior Court of Arizona for Maricopa County’s intelligent probate forms. 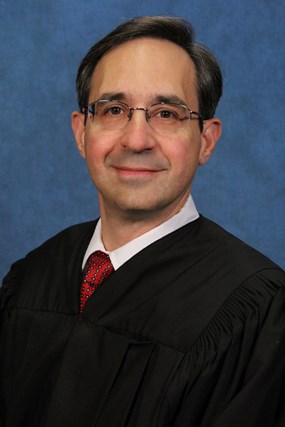