Judge Fred C. Struckmeyer, Jr., a native of Phoenix, was the son of Fred Struckmeyer, Sr., who served one term on the Superior Court in Maricopa County from 1923-1925. Judge Struckmeyer served in the Army during World War II and was awarded the Silver Star, Bronze Star and a Purple Heart. He became a Superior Court judge in 1950, before serving for 26 years as an Arizona Supreme Court justice. Judge Struckmeyer was known to be an excellent legal scholar and strict constitutionalist. He was also a recognized authority on Arizona water law. After his mandatory retirement at the age of 70 he was appointed to the Arizona Racing Commission.

On February 9, 1953, Judge Struckmeyer decided the case Phillips vs. Phoenix Union High Schools and Junior College District. At the time, the Carver High School, at 415 E. Grant St. in Phoenix, was the only legally segregated high school in the state. The Phillips case was filed by Hayzel B. Daniels, the first African-American to pass the Arizona bar examination and one of the first two African-Americans elected to the Arizona legislature, and long-time prominent Phoenix attorney Herbert B. Finn. Neither lawyer was paid for his work; Daniels paid the court filing fee out himself.

Writing that "a half century of intolerance is enough," Judge Struckmeyer ruled that the Arizona law permitting school boards to segregate pupils was unconstitutional, and the Phoenix Union district's segregation of African-American students was illegal. His decision was made a year before the U.S. Supreme Court decided Brown v. Board of Education.

Below are links to PDFs of the documents filed in the Phillips case, including Judge Struckmeyer's decision. The PDFs were made from the official microfilm of the original documents.

Request for the Appointment of a Private Process Server
July 2, 1952

Affidavit of Service of Process by Private Process Server
July 3, 1952

Motion for Withdrawal of Attorney and Order
December 1, 1952

Designation of Contents of Record on Appeal
March 10, 1953

The files included within the Law Library Resource Center's website are copyrighted. Users have permission to use the files, forms, and information for any lawful purpose. The files and forms are not intended to be used to engage in the unauthorized practice of law. The Court assumes no responsibility and accepts no liability tor actions taken by the users of these documents, including reliance on their contents. All files are under continual revision. If you are not using these forms right away, or if you plan to use them repeatedly, we strongly recommend that you check the site regularly to determine whether the files you are using have been updated. 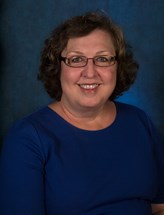 Learn more about the PACS Program