About the Judicial Branch of Arizona in Maricopa County

The Judicial Branch of Arizona in Maricopa County is part of the Arizona State Judiciary. It is comprised of Superior Court, Adult Probation and Juvenile Probation, which includes juvenile detention. The Judicial Branch in Maricopa County is the fourth largest trial court system in the nation, reflecting both the size and growth of the community it serves. The Superior Court in Maricopa County, one of the most innovative and progressive trial courts in the nation, has nationally recognized programs to serve the community, including specialty programs like Drug Court and Veterans Court.

There are 98 Superior Court judges in Maricopa County who are appointed to the Bench by the Governor through the merit selection process and remain accountable to the public through retention elections every four years. In addition to the appointed judges, there are more than 60 commissioners who are hired by the Court to serve as judicial officers. The judicial officers are supported by more than 3,000 professional staff members serving across the Branch, from courtroom assistants to juvenile detention officers and probation officers.

Court is held 24/7/365 for certain types of hearings, and a Maricopa County judicial officer is always on-call to support specific requests requiring judicial approval from across Arizona.

We are committed to excellence and the principles inherent in the Rule of Law … every person, every day, every time.

We are dedicated to providing a safe, fair and impartial forum for resolving disputes, enhancing access to our services, and providing innovative, evidenced-based practices that improve the safety of our community and ensure the public’s trust and confidence in the Judicial Branch. 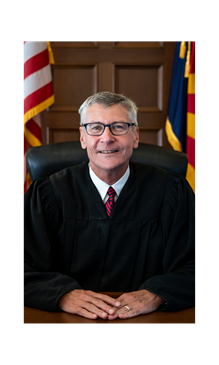 The Honorable Joseph C. Welty is the Presiding Judge of the Judicial Branch in Maricopa County. He has supervisory authority over the Superior Court and Adult and Juvenile Probation departments and oversite authority over all lower courts in Maricopa County. Judge Welty was appointed to the bench in 2007 and has served in the civil, criminal, family and juvenile departments of the Superior Court.

Prior to becoming a judge, he was an Assistant U.S. Attorney with the United States Attorney’s Office for the District of Arizona for 16 years, where he served as the Deputy Chief of the Criminal Section and the Chief of the National Security Section. Judge Welty was an adjunct professor at ASU and has taught extensively on a broad range of topics for the U.S. Department of Justice and the State Bar of Arizona, and for several years co-chaired the New Judge Orientation Program for the Arizona Supreme Court.  He has served on numerous Supreme Court Committees and chaired the Supreme Court’s Criminal Rules Task Force and the Task Force on Rule 32 of the Arizona Rules of Criminal Procedure.

Judge Welty was born and raised in Phoenix. He received his BA from Loyola Marymount University and his JD from the Georgetown University Law Center. 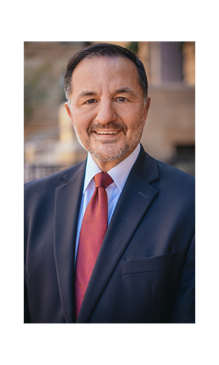 Raymond L. Billotte is the Judicial Branch Administrator for the Judicial Branch of Arizona in Maricopa County, serving as the senior executive officer for the nation’s fourth largest trial court. Previously, he served as the District Court Administrator in the 5th Judicial District of Pennsylvania (Pittsburgh) from 1996-2012 and the 46th Judicial District of Pennsylvania (Clearfield) from 1985-1992.

Mr. Billotte holds a master’s degree in Public Management from Carnegie-Mellon University and is a 1991 Graduate Fellow of the Institute for Court Management’s Court Executive Development Program. During his tenure with the courts, he has led numerous successful improvement projects, including caseflow management revisions, jury reform, strategic planning, jail reduction strategies, and the use of evidence-based practices in both pre-trial and post-adjudicative phases of the criminal justice system. Additionally, he has served on numerous state and national court management committees addressing the use of technology in the courts, preservation and transcription of court records, professional development of court managers and juror diversity.